England Expects is a design based on the signal sent by Admiral Nelson from his flagship HMS Victory as the Battle of Trafalgar was about to commence on 21 October 1805.

The Battle of Trafalgar was part of the Napoleonic Wars and was a decisive naval engagement giving the United Kingdom control of the seas. This removed all possibility of a French invasion and their conquest of Britain.

Nelson originally asked for “England confides that every man will do his duty”, however ‘confides’ was changed to ‘expects’. This was because ‘expects’ was in the codebook and could be signalled quicker. Confides would have to be spelt out.

There was confusion surrounding the exact wording of the signal in the aftermath of the battle, with some omitting the word ‘that’.

Because of Nelson’s death during the battle and the fact the victory was so significant, the phrase became embedded in the English ethos. 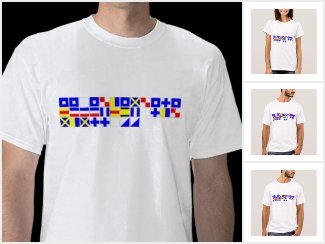 England Expects
by The Shirt Hut

England Expects is often used by the media in relation to the English sports teams such as Football, Rugby and Cricket.

This design makes a great unique gift for any England sports fan.

What do you think? Let us know in the comments below.

This site uses Akismet to reduce spam. Learn how your comment data is processed.